The circus has come and gone. While Aleppo was being pulverized, and hundreds of children and adults burned to cinders or crushed under falling masonry, the world’s media came to Hofstra University, to watch a farcical clash between a worse evil (with a blue tie) and a lesser one (in a red dress). In ‘Broadcasting Plaza’, a parking lot and the sidewalks nearby had been occupied by the wealthiest American TV stations. Balloons festooned the gateway; students grinned for the cameras next to a bouncy inflatable castle—a miniature White House—which later deflated in what some saw as a political metaphor. All that was missing was the performing elephants.

As the hour of the debate approached, the campus was shut down, and security was tight. Some visiting speakers, invited to provide alternative commentary at a panel on the Latino vote, could not penetrate the fortress. “I thought Trump had already taken power,” said Howard Jordán, Puerto Rican radio host for the progressive radio station WBAI; “we couldn't get in”. In the lecture hall, Sergio Argueta—a local community organizer specializing in reducing gang violence and co-founder of S.T.R.O.N.G (Struggling To Reunite Our Generation)—expressed incredulity that Latinos felt sympathy for either candidate. How can you have immigrants with accents as thick as yucca voting for people who have no concern at all for their interests, he asked. “The most heartless gangsters I have ever met are called the Republicans and Democrats.”

At the security checkpoint to enter the debate zone, secret service agents shared responsibilities with student volunteers, dazzled by the excitement of the occasion. Beyond lay a well-attended hospitality tent, with free debate beer, served (while they lasted) in special commemorative glasses. As journalists sipped and ate sandwiches, Jill Stein (Green Party) was whisked away from campus in a police van, supposedly lacking the proper credentials: an improvement on her experience in 2012, when she was arrested and, she states, detained for seven hours in a police cell.

The media filing center, home to several thousand members of the press, is abuzz with activity. Next to me, a five-man team from German public television station ZDF assiduously makes plans for a long night of reporting, ready for the morning’s breakfast-time news shows. On the other side sits a quiet man from Factchecker.org. Everyone makes the same joke (he’s going to be a busy man, they tell him), and he laughs perfunctorily. An Israeli TV reporter—traveling by himself—gesticulates enthusiastically into the video-camera he must also operate. Don King, the African-American boxing promoter and vocal Trump supporter, seeks out the limelight by wearing an extraordinary jacket. The beer tent is still full of journalists.

8.30pm, and the broadcast begins. The controversial Commission of Presidential Debates, which to the anger of millions of voters excluded the third and fourth party candidates (Gary Johnson and Jill Stein) busily thanks itself for all its hard work. The president of Hofstra University revels in the extraordinary exposure, and politely thanks his own staff. The host of the debate, Lester Holt, struggles with the sound system: “I can’t hear you, you’re breaking up,” he says into the microphone. There is an awkward silence, and in the Media Filing Center a man in a wheelchair falls backwards. I think he's ok.

The circus is a show about personality, more than policy, and Clinton begins with the personal. It is her granddaughter’s second birthday, she reveals, so she thinks about the future a lot. She is professional and well-practiced, and lacks authenticity: “Donald, it’s good to be with you”, she says, persuading nobody, least of all Donald. Trump himself is a caricature of vanity, a pantomime villain thinly disguised as a straight-talking businessman. He made 694 million dollars last year, he says. "That's the kind of thinking this country needs," he adds, although it is not clear what kind of thinking was involved. Complete heartlessness, according to Hillary Clinton, who accuses him of having been delighted by the profit-making opportunities afforded by the housing crisis that followed the economic collapse of 2008. "That's called business", says Trump. He is very upset about killing of African-Americans in Charlotte and Chicago, he claims, He's got property and investments there.

Trump begins shouting early on, playing on the fears of his target audience. He draws almost immediately on criminal tropes of Mexico and (implicitly) other Latin American countries: “We have to stop these countries from stealing our companies and our jobs”. He does not mention the wall—perhaps he forgets, because he is woefully underprepared—but he manages some risible stereotyping of immigrants. “We have gangs roaming the street. In many cases, they’re illegally here, illegal immigrants. And they have guns. And they shoot people.” Clearly he missed the earlier discussion panel on Latino immigrants. “People come [to the United States] not because they want to, but because they have to”, Sergio Argueta had pointed out: if they stay, they will die.

Inside the press room, incredulity mixes with laughter. On the subject of cyberterrorism, Trump says his 10-year-old is amazing with computers. There is more laugher when he announces, to general disbelief, "I have a much better temperament than she does". He is drunk with self-delusion. Absurdity is piled on absurdity. "You have been fighting ISIS your entire adult life", he tells Clinton; since ISIS did not exist until 2004, this means his opponent can be no more than thirty years old, good news for those who are skeptical about her health.

"Words matter", says Clinton. Too hollow and too hawkish for many viewers, she nevertheless appeals more to the literate, and to those for whom the ability to articulate some knowledge of the world is a good thing. As Trump descends into ungrammatical nonsense, and endless self-congratulation, it is not difficult to look more statesmanlike. Her claim that we need to “take out ISIS in Raqqa, end their claim of being a Caliphate”, seems masterful in comparison. She reminds viewers of Trump’s deeply misogynistic language: "This is a man who has called women pigs, slobs, and dogs". She tells them his approach to nuclear weapons is “cavalier”. Subconciously impressed by the word, he echoes it vacuously a minute later: “she’s very cavalier in the way she talks about various countries”.

"I know you live in your reality", says Clinton in response to one aggressive attack from Trump. But we are all transfixed, as the circus turns into a surreal horror show. Far away from the debate hall, far from New York, in the states of Tennessee and South Carolina, officials are warning that mysterious ‘predator’ clowns are luring children into the woods. This, too, seems like a metaphor, or a symptom of some terrible democratic disease.

Chronicle of a Debate (I) 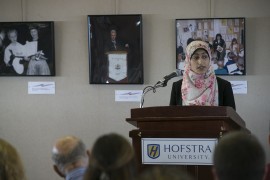 Chronicle of a Debate (II) 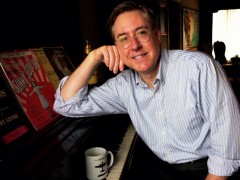 “The Democrats are a class party, but it's not the working class; it's the professional class” 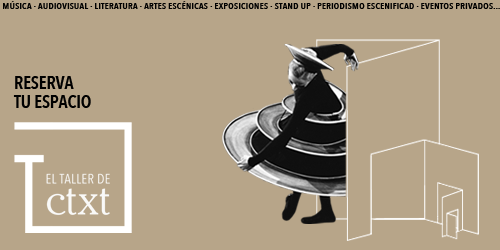